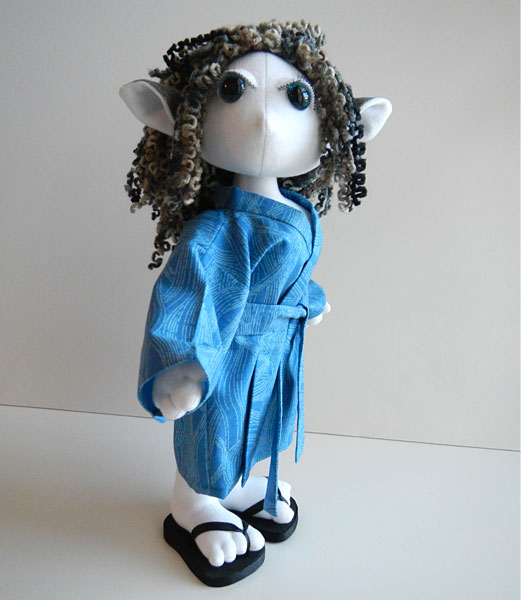 She is an elf poppet doll made from my adaptation of ghilie’s “My Pretty Poppet” pattern, combined with craftewoman’s Elenore poppet pattern.

Sasha is a “mutant” elf. That means that she is a cross between two different elf tribes. In this case, she is part Bengali and part Siberian. This particular mutation often results in elves with very white skin and varying amounts of “tiger” markings on their bodies and blue eyes. 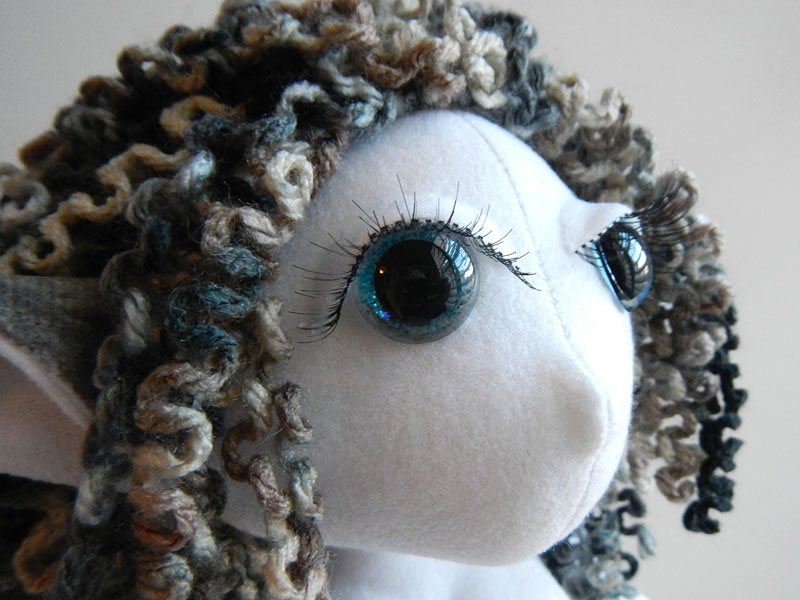 Sasha is a traveling elf. She spends a great deal of time in the Himalayan mountains during the warm part of the year and at lower elevations in India when it is colder. Although she is a solitary elf, she is sought out by other elves, and sometimes humans, for her clairvoyant capabilities.

Sasha is an adult, female poppet doll with anatomical details and a removable wig. 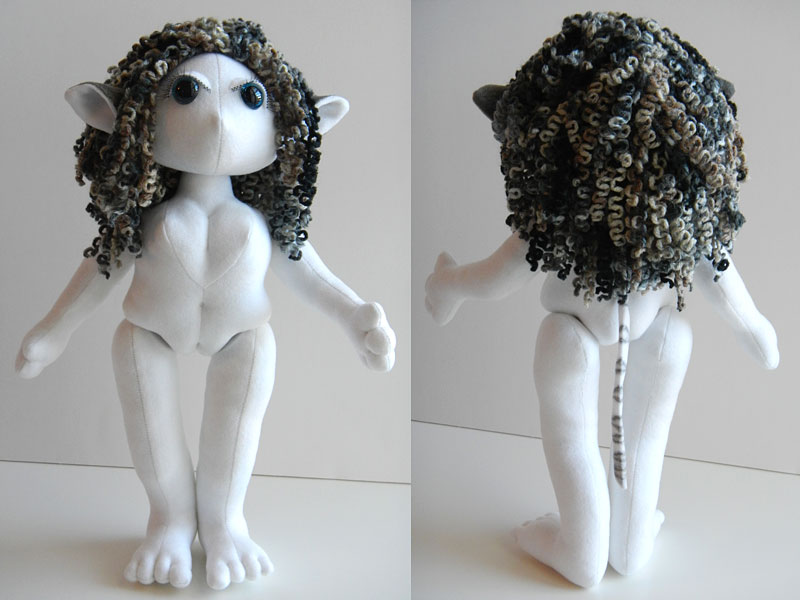 Her ears are dark on the outside, and white on the inside. In addition, her tail shows her tiger markings. 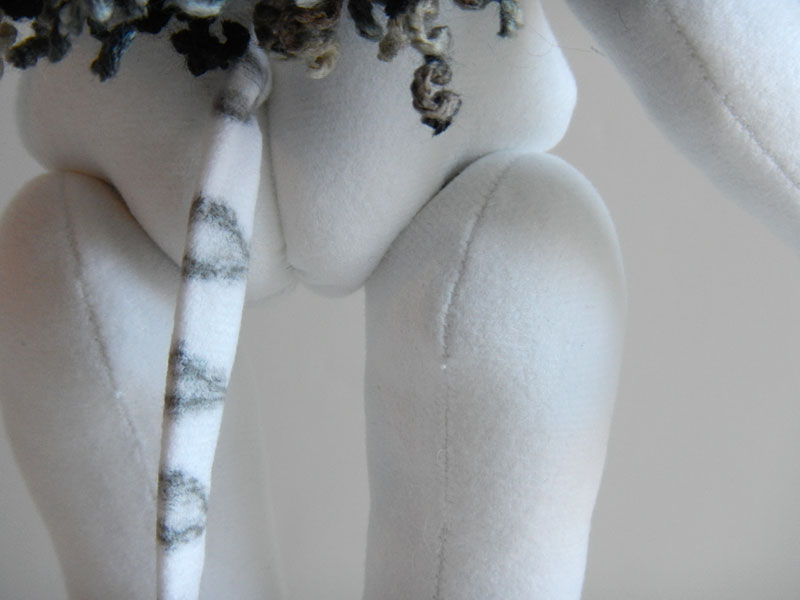 She is dressed in a kimono style robe. 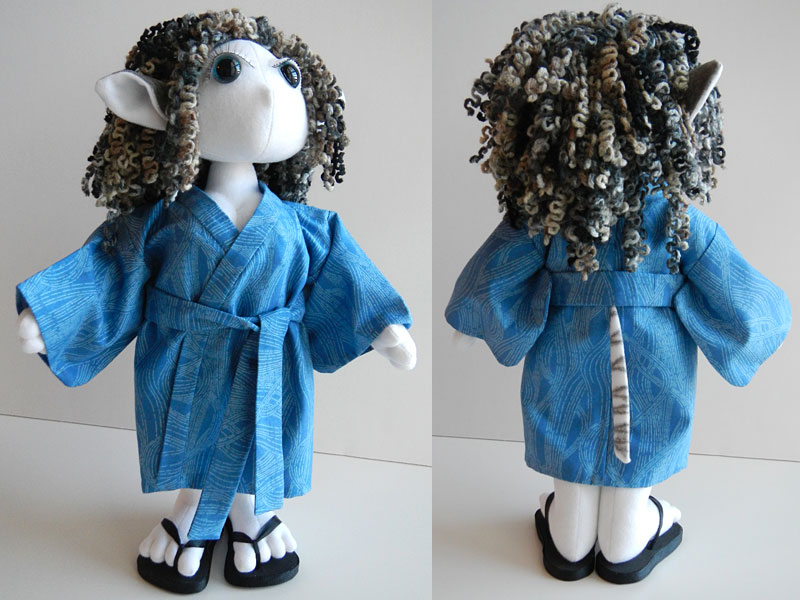 The robe is to keep her warm when she is dressed in her “undies”. 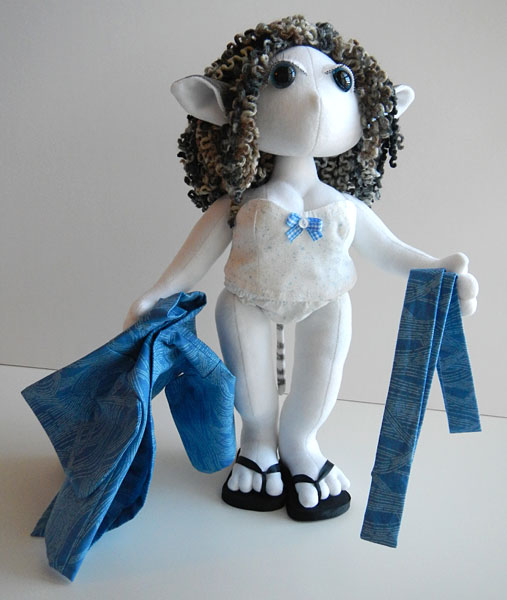 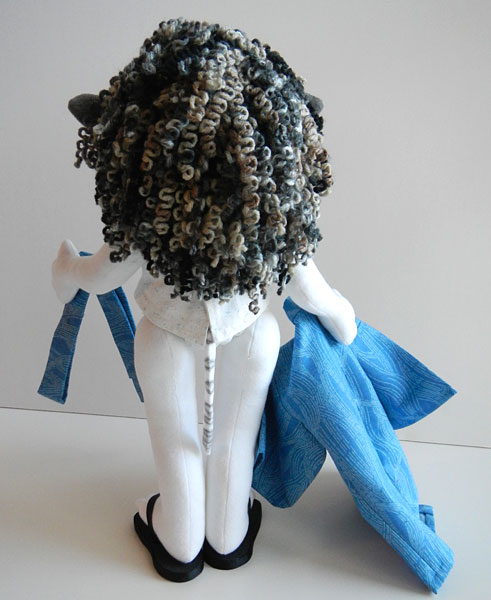 She is wearing a pair of black, “flip-flop” shoes. 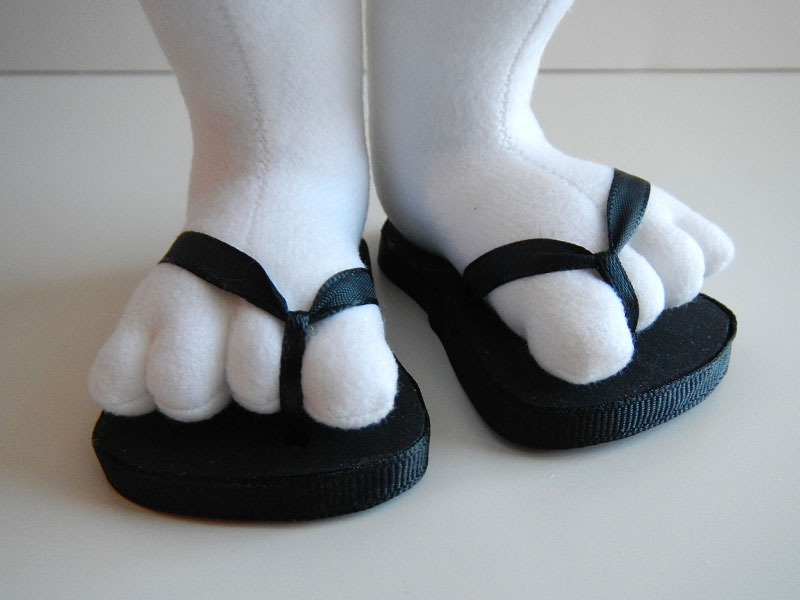 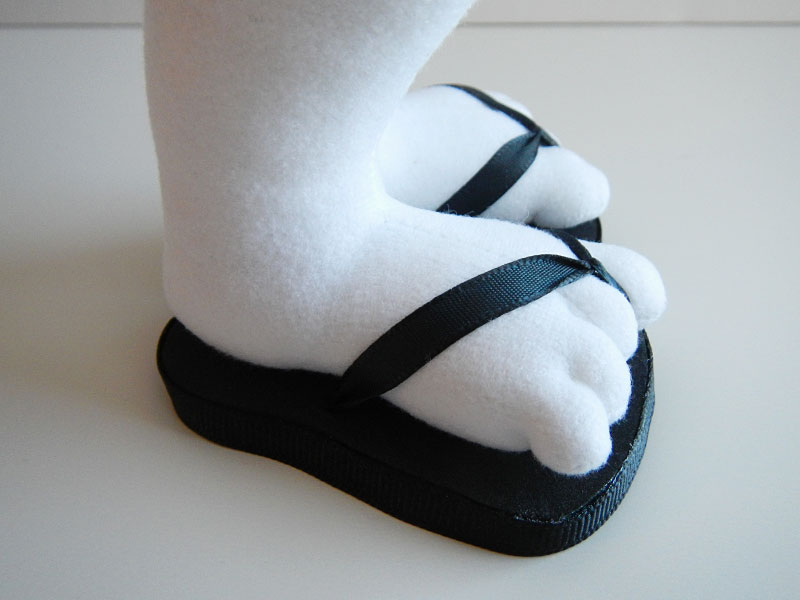 I made this poppet doll for a private swap with someone that I knew fairly well. The person’s totem animal is a white tiger, which is why I chose this particular theme.

The robe and underwear is what I normally dress a basic poppet in. I didn’t make an ethnic outfit for this one, because the person I swapped with is perfectly capable of designing and constructing her own doll clothes!

The flip-flops are a specialized, personal addition because the new owner almost always wears black flip flops. One time I even teased her about her “collection” of about 20 pairs that looked identical to me. She spent quite a bit of time explaining how they were not the same, pointing out various details on each pair. It’s become such a joke that this poppet just had to have a pair!

The coloring on the poppet doll was done with Copic markers. After testing many, many different methods, they worked the best and didn’t rub off when dry.

This poppet was a lot of fun to make. I was really nervous about “painting” on her, so I did the tail and ears before they were sewn onto the other parts, just in case.

The flip-flops were a challenge, and I tried several methods before I came up with the final version, which I’m happy with. I think the concept can be expanded on to make other types of sandals, and other, more decorated shoes.

It was a little tricky to find the right color for the hair. It had to blend with both the ears and the eyes. I finally found this yard at Hobby Lobby, and I think it’s perfect!

Over all, I really liked this poppet, and it was a little difficult to give her up!