Tuesday was MIL’s birthday! We took her out to dinner (she loves to eat out) and we gave her this as a gift.

No, it’s not just a box. It contains an assortment of amazing raw chocolate confections! 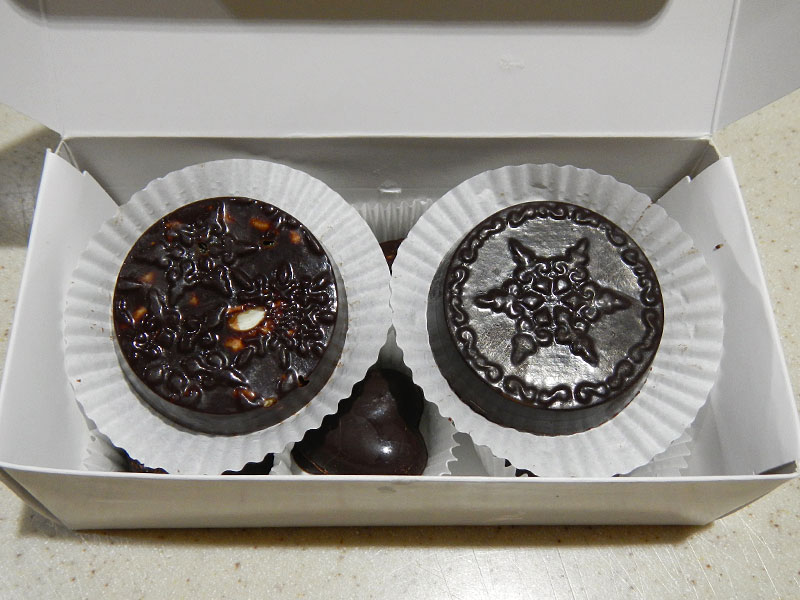 Here is what is hiding under the two big ones. 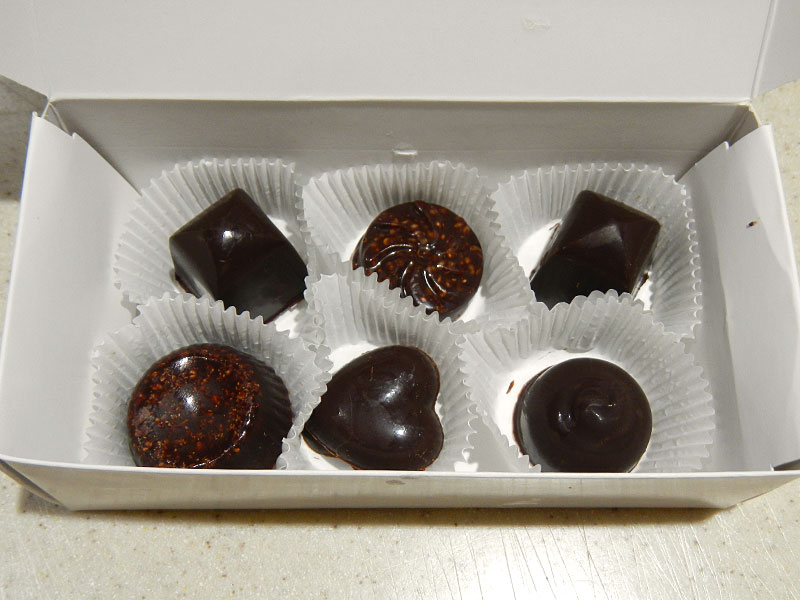 DH and I made these, from scratch, over several days as a special treat for his Mom for her birthday. She is a major choc-a-holic, but we wanted to make her chocolates that are actually good for her, along with tasting good!

Here’s a breakdown of all the different kinds. 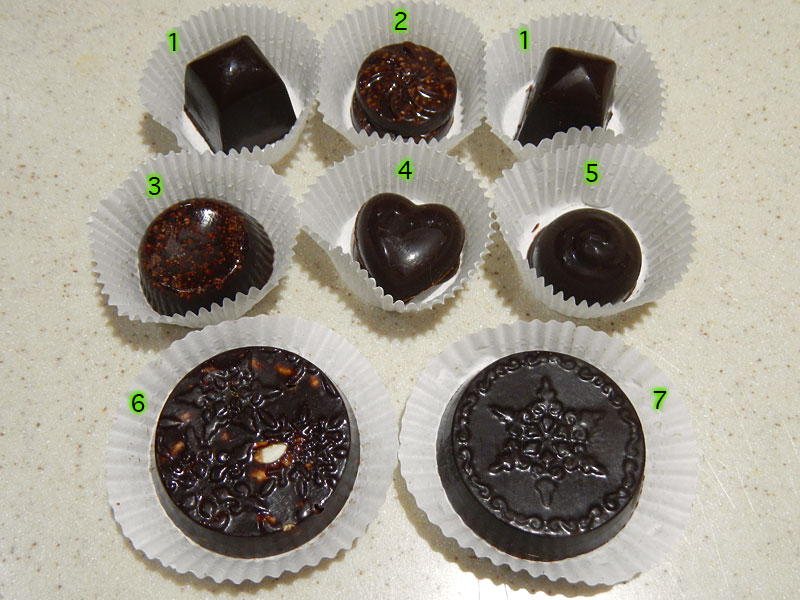 Of course, we didn’t make just one or two of each kind of truffle. We made a mold full of each flavor! So DH and I also have chocolates in the refrigerator for snacking on! And I can’t tell you how good they are!

I used Vivapura cacao paste, cacao butter and vanilla powder along with Coconut Secret Coconut Nectar to make the chocolate. The fillings for the orange and blackberry are cashew paste (ground, soaked raw cashews) with the flavorings and sweetener added. The peppermint pattie filling is a combination of dry, shredded, unsweetened coconut, coconut oil, coconut nectar and peppermint oil, pulsed in the food processor until it was a smooth paste.