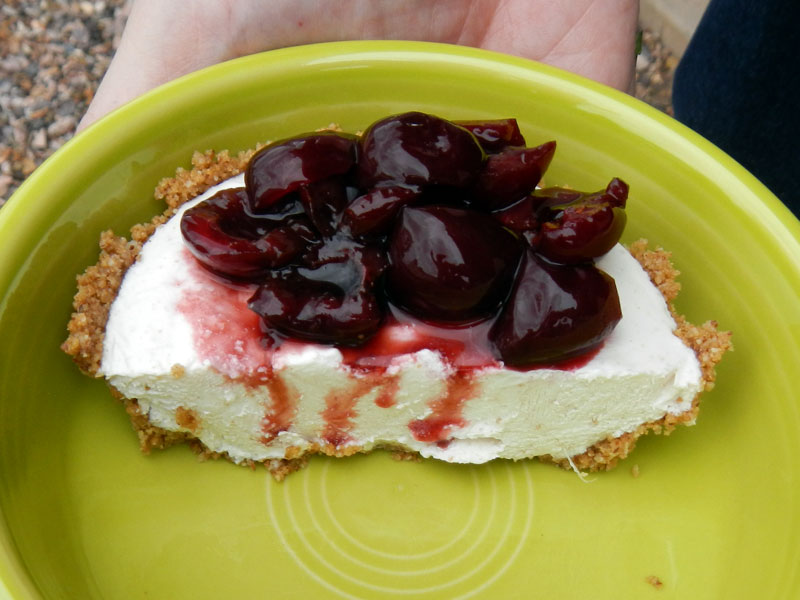 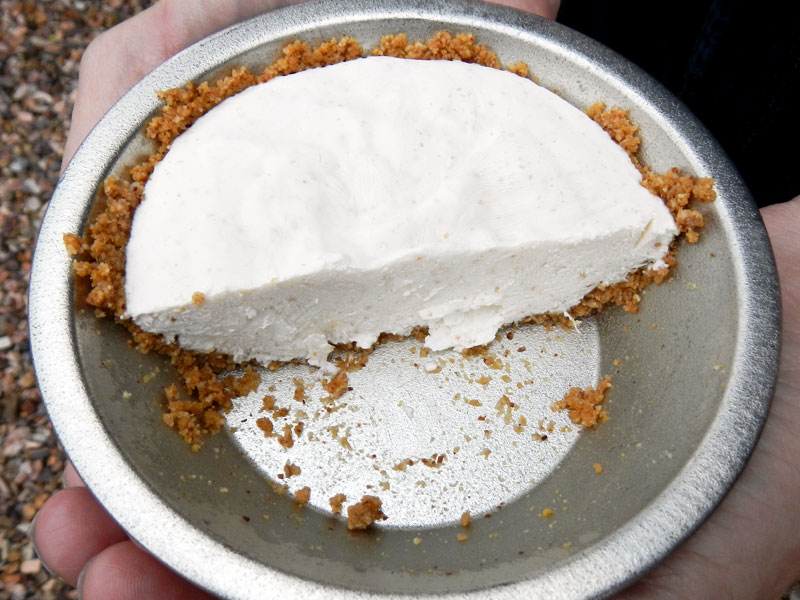 This cheese cake was a total “invention” from start to finish… and it was a total success! I wanted to make a no-bake cheesecake, and use chia to thicken it. I made it in a mini pie pan (in case it was a disaster) and it’s a good thing I didn’t make it bigger… we probably would have eaten the whole thing. It was THAT good!

Now, I have to warn you, I didn’t let it set over night! At 3 pm, I put it in the freezer. I took it out at 6 pm and set it on the kitchen counter for 15 minutes. While it was sitting, I cut 12 frozen, pitted cherries in half, and saved the juice from them, too.

We couldn’t wait any longer, so as soon as the pie was soft enough to cut in half, we did, and put the cherries on top. The pie was still kind of frozen, so it was almost like cheese cake ice cream pie. It did form some ice crystals, so doing it the right way would probably make a smoother texture. But it was too good to wait!

I knew it was good, because I tasted everything as I was making it, since I was inventing from scratch.

We will DEFINITELY make this again!