Not everyone wants a corn masa for their tamales. In some parts of South America, it isn’t even traditional to use corn for either the masa or the wrappers! A common alternative is to use chick peas. An alternative wrapper is banana leaves.

I’ve given my version of chick pea masa an even different twist: I’ve sprouted the peas to boost the nutritional value and change the flavor profile!

In addition, I’ll be showing you an alternative method to using your stand mixer.

The the recipe below for the ingredients.

How to Sprout Chick Peas

Wash and pick through the dry chick peas.

Place them in a bowl and cover with water to a depth about twice the depth of the chick peas.

Soak the chick peas for 24 hours. Change the water at least once, about half-way through, more often is fine.

Pour the water off of the peas, gently rinse them and drain off the water.

Put the chick peas in a smaller container that has a cover.

Put the container in a cupboard or in your pantry (a dark place,) partially covered until little tails appear. Rinse the peas at least twice a day to give them clean water and prevent bacterial growth.

Sprouted chick peas that have been going for a couple of days look like this. 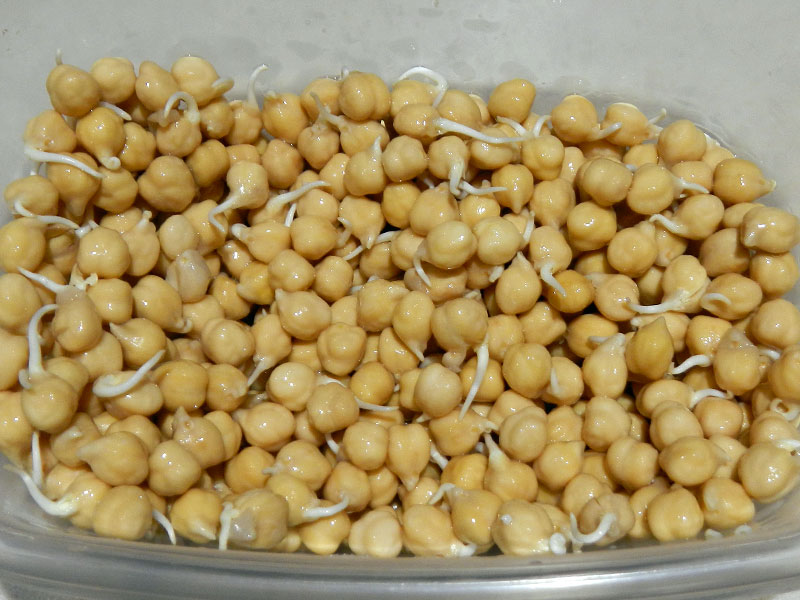 Once your peas are sprouted, you’re ready to make the masa.

Place all of the sprouted peas in the bowl of the food processor. Pulse a few times until there are no whole peas bouncing around in the bowl. Then run the processor until the mixture is a paste the same texture as corn masa . 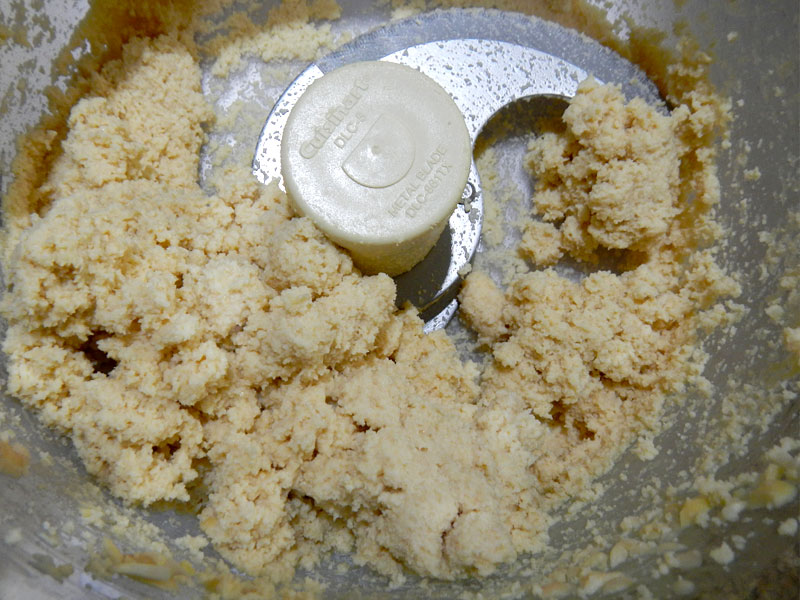 Add the oil. Process until the oil is throughly incorporated into the dough and it starts sticking to itself.

Add the salt and baking powder. Pulse a few times until it is completely mixed in.

Turn the mixture out into a bowl and store, covered, until you’re ready to use it. It will keep in the refrigerator over night. 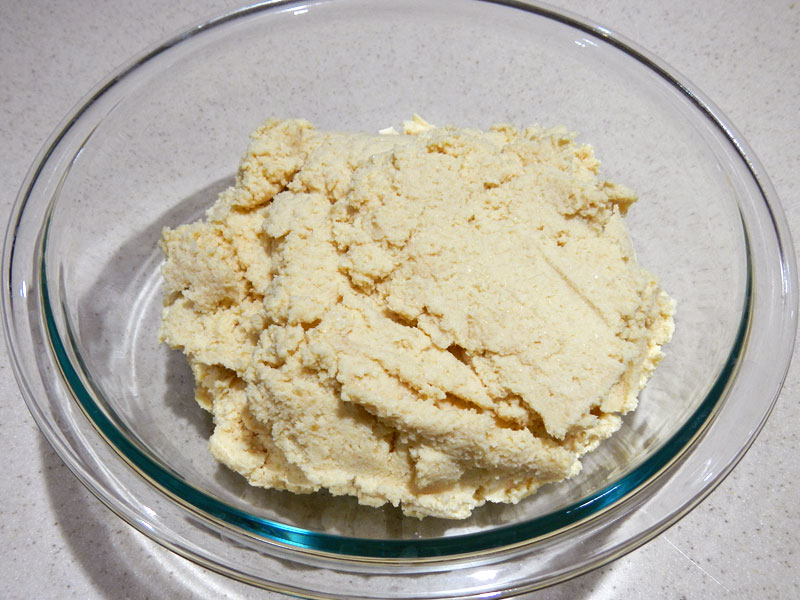 While the chick peas are soaking during the first day, you will hear popping sounds. Sometimes they can be quite loud! Don’t be surprised, it’s normal.

The soaked peas will swell up to about 5 cups! Make sure your sprouting container is large enough to accommodate the larger amount.

The peas need air to sprout. I just put the plastic container cover on the top sideways, since it is retangular shaped. That way, it still has plenty of air circulation, and the cover is still with the peas so I can use it to drain them after I rinse them.

They need to be moist, but not drenched. Be sure to check them once in a while. If they are getting dry, rinse them again!

Sprouted chick peas can live in the refrigerator, covered, with a lot of air space between the top of the peas and the cover, for up to 5 days if necessary. The tails will just get longer. Make sure you rinse them twice a day.

You can use sprouted chick peas in the Baked Falafel recipe, also!

If you would like to try using banana leaves for wrapping, they can sometimes be purchased fresh, but check the freezer section of the ethnic grocery stores. I see them frozen more often than fresh!

I like to use the chick pea tamales for a main course item at Thanksgiving. The smell and flavor of the masa reminds me of stuffing. That concept can be reinforced by adding the same seasonings you would use in stuffing in your masa. You could use a filling of sauteed baby bellas, onions, shredded carrot, and chopped celery with it. Yum!

This week, I’m using this for the sweet, fruit stuffed, tamales. The buttery, nutty taste works very well with it!

Tomorrow: How to stuff a tamale!