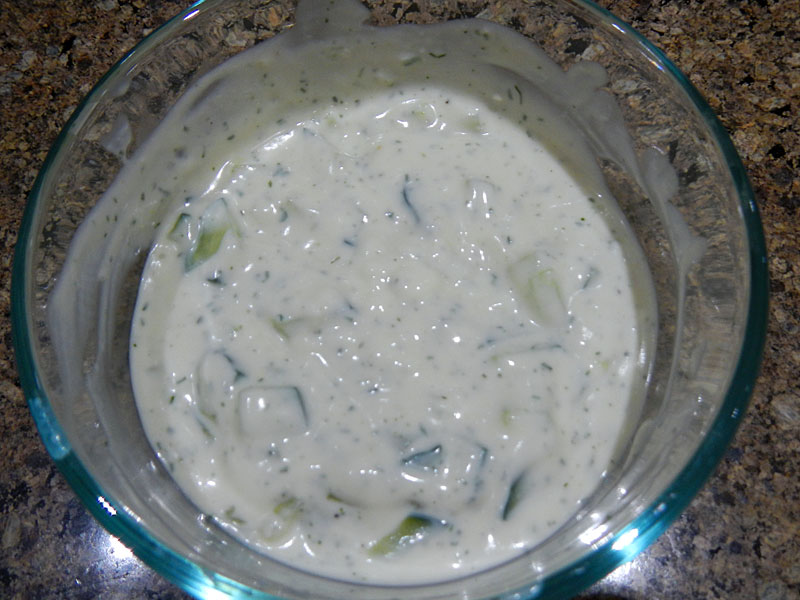 I love tzatziki! We used to eat at Greek restraunts all the time. I would always make sure what I ordered came with it, or I would order it on the side. One of our old favorites was Pita Jungle, where we would often get the Mediterranean Platter. However, now we don’t go there now. Half of this platter contains 1810 mg of sodium! If you ate the whole thing yourself, you would end up consuming 1240 calories and a whopping 3620 mg of sodium. WOW!

Note: If you look at the nutritional values on the Pita Jungle website, it says if you leave off the pita bread, there are 0 mg of sodium. I know this is an error, because you can find the individual ingredients listed and they DO contain sodium. One of the things on the plate is feta cheese. This is definitely not sodium free.

Instead, we learned how to make the items on it ourselves, resulting in a much healthier version that is vegan and gluten free!

One of the items on the platter is, of course, tzatziki. Here’s my setup for making this sauce. 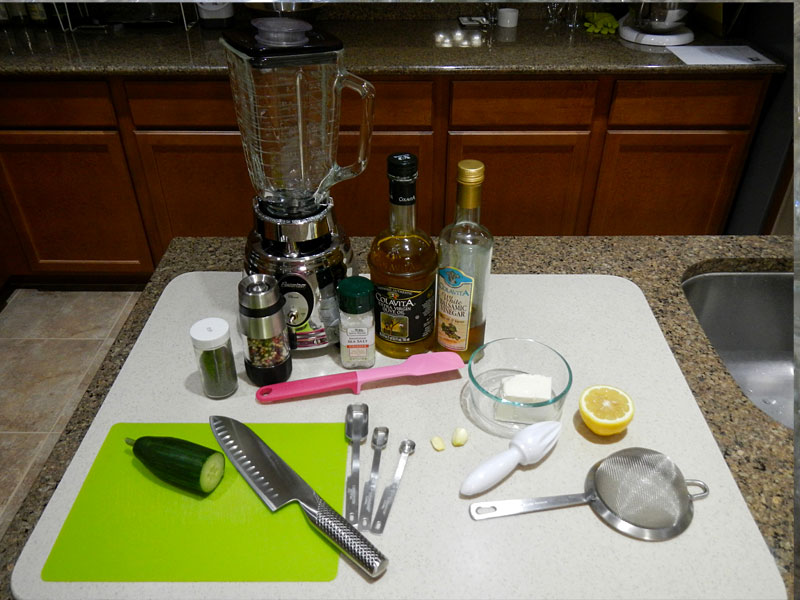 Place all of the ingredients except the cucumber in the blender. 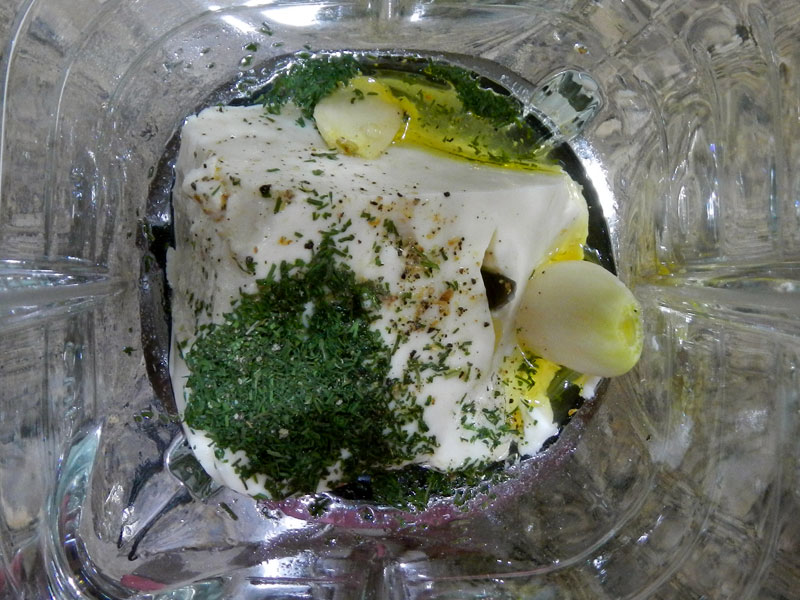 Pulse quickly a couple of times so everything gets mixed up. Then blend until smooth and creamy, stopping to scrape the sides with a spatula as necessary. It should look like this. 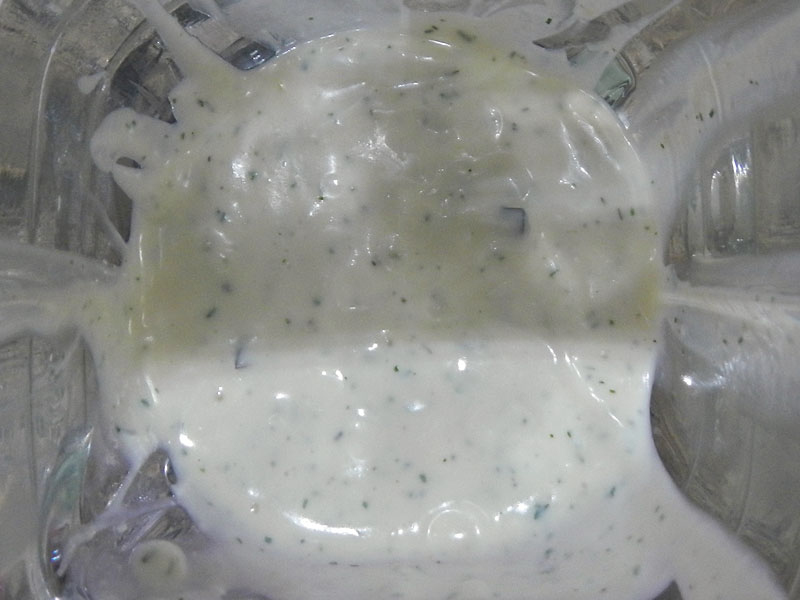 Put the blended sauce in a bowl. (At this point, you could use this as a sauce on grilled fish!) 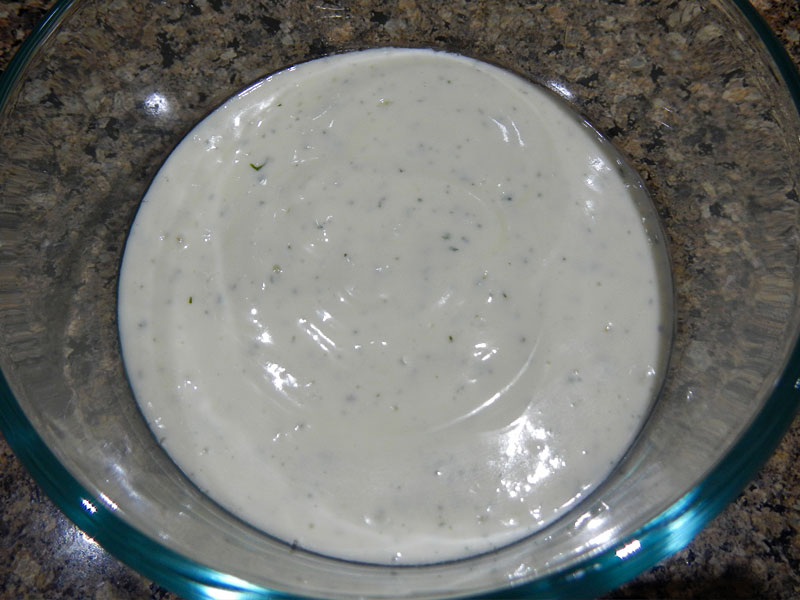 Now you’re going to dice the cucumber into small pieces. You’ll see, below, that I only ended up using half of the piece I took out of the refrigerator. That is because this was an English cucumber, which is very long. A quarter of it is about half a regular cucumber. 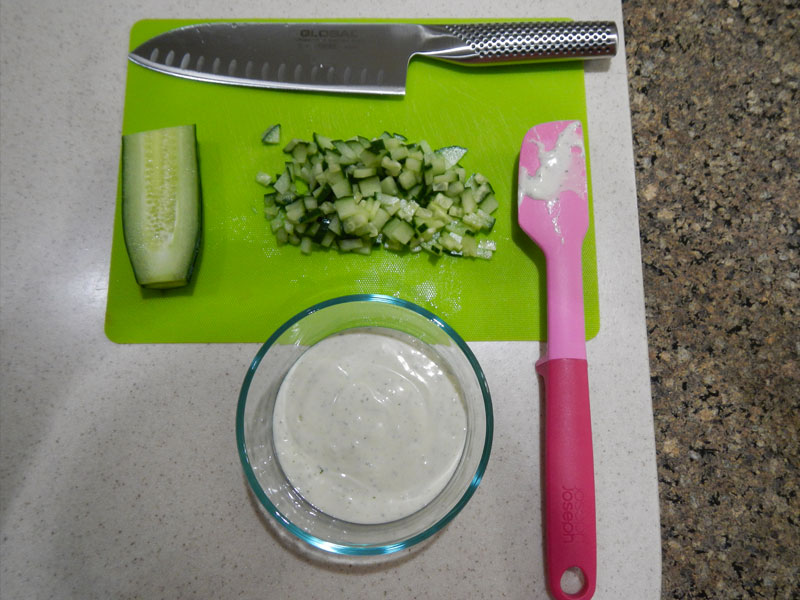 Stir the cucumber into the sauce. I like to refrigerate this for a couple of hours before serving it to let the flavors meld.

You may not want to put in as much garlic as I did. Two cloves, pureed in the blender creates a very strong, spicy garlic flavor. DH really likes it, but it’s a bit much for me.

Garlic is an interesting flavoring. The more you chop it up, the stronger the flavor will be. You could also use both cloves, and cut into small pieces with the cucumber, instead of adding it to the blender. The taste will be a little milder. I don’t mind biting into a piece of raw garlic, but some people dislike it.

This is a great sauce. It will keep, covered, in the refrigerator for a couple of days. You can make variations of it, changing the dill to mint, for example, or adding in a couple of radishes! It’s good with fish, falafel, or spread on a bean burger!